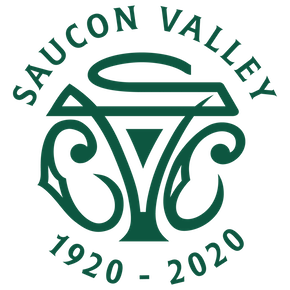 The Old Course is a charming, elegantly simple layout designed by British architect Herbert Strong. Strong hailed from Royal St. George’s, a course noted for its natural beauty; thus, it is no surprise that his designs involved little or no disruption to the land. Among Strong’s best-known works are Canterbury Golf Club near Cleveland, Ohio, Engineers Club in Roslyn, New York, and the Ponte Vedre Club in Florida, home to one of golf’s first “island” greens. The course has undergone minor renovations by William Gordon and then by Perry Maxwell and most recently by Tom Marzolf of the Fazio Group.

Not overly difficult from the member’s tees (6,800), the course shows its strength from the championship markers (7,126). It traverses the gently rolling terrain that was once a working farm. The USGA has chosen the Old Course for six of its national championships: the 1951 U.S. Amateur, the 1983 U.S. Junior Amateur, the 1987 U.S. Senior Amateur, two U.S. Senior Opens (1992 and 2000) and the 2009 U.S. Women’s Open. Always in superb condition, the Old Course is the favorite of the membership.

One of the many beautiful holes is the par four 13th. Fronting the old Georgian clubhouse, it is a relatively short hole that demands accuracy due to a series of six bunkers positioned down the left side of the fairway and four perfectly placed on the right. A drive to a narrow landing area leaves a short iron approach to a well-guarded, undulating green.